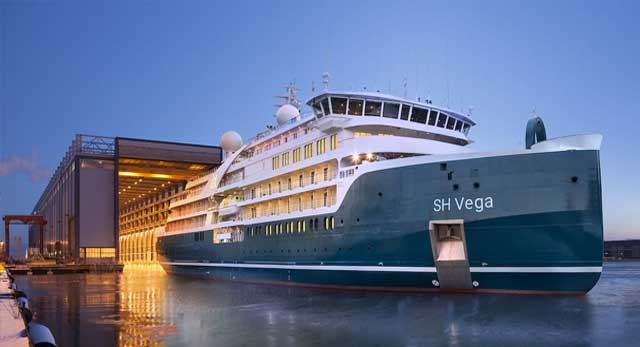 This voyage to the mid-Atlantic region of Africa is an extraordinary opportunity to explore a part of the world largely untouched by tourism. An impressive 9 countries are included on our voyage, most very challenging to visit on your own. Although the stretch of coastline between Angola and Ghana is less visited than the neighboring African shores, it is no less fascinating—encompassing an astonishingly rich variety of wildlife in an environment of lush rainforests, and a history both proud and tragic.

Discover the colonial architecture in Luanda, Sao Tome, and Porto-Novo juxtaposed to the simple houses of the traditional villages along the banks of the Ogooue River in Gabon and on the shores of Lake Togo. Compare and contrast the hustle and bustle of great oil-exporting ports with the pace of life on display in the markets with carefully handcrafted goods for sale. Delve into the unspoiled tropical paradise of Bom Bom Island. The rich biodiversity of both flora and fauna is apparent everywhere, birds in particular abound in and around these lakes and rivers.

Throughout the voyage, guest lecturer Ambassador Robert E. Gribbin will draw on his extensive experience of Africa as he traces the history of this region from early European contacts with West Africa, through the slave trade, colonialism and the struggle for independence, to the Cold War. He will also offer thoughts on what he calls the “curse of oil,” and on current politics, disease and terrorism.

We look forward to welcoming you aboard Vega. Coda will be a small group among a mixed guest list of travelers from the USA and Great Britain.

Making her maiden voyage in July 2022, our 5 star elegant Scandi-design boutique ship offers you an intimate setting from which you will be fully immersed in all the sights and scenery of your voyage.

For now, sit back, relax and take a moment to get to know your expedition ship.

A deposit of $1500 per person is required to hold your place on the cruise. Final payment is due 90 days prior to departure.

Many airlines partner with United Airlines to provide flights from New York to Luanda, Angola (LAD). And United, Delta, and TAP Air Portugal partner with other airlines to provide flights from Accra (ACC) to New York or Miami (MIA). Please request a quote if you would like Coda Tours to assist with international airfare bookings. We often can offer favorable rates for Business or Economy class at a standard fee of $35 per ticket.

A valid passport is required for international travel and must be valid for 6 months after the return date of travel and have two blank pages available per country visited.
A visa is required for Angola, Gabon,  Benin, Togo, and Ghana. Additional information about obtaining visas will be sent with confirmation of the voyage.

The weather during this tour will be pleasantly warm and muggy with lots of cloud coverage. Please pack and dress accordingly.